Chaga, scientifically called Inonotus obliquus, normally grows on birch trees in colder habitats of the northern hemisphere. This special mushroom is packed with nutrients and it has been used for centuries in Russia and other parts of Eastern Europe as a medicinal herb. In fact, chaga’s high nutritional value has won it popularity across the world. There are numerous ways of adding chaga in one’s diet, but most people prefer to consume it in the form of tea primarily due to its taste. In fact, the flavor of Chaga tea is quite similar to that of coffee.

Upon first glance, it’s hard to imagine that this fungus would serve any purpose in benefiting human health. Centuries of traditional use and current research, however, suppress that skepticism, if only by a little.

Chaga is a sterile fungal body usually found on birch trees, though also rarely found on elm, beech, and hornbeam. Its outer material is usually black, brittle, and cracked, while its interior is golden-orange and cork-like.

From the outside, Chaga looks nothing like the typical mushroom. It has a hard, cracked blackish or dark-brown colored exterior, which gives it the appearance of burnt charcoal. The mushroom’s interior on the other hand, is much softer with a rusty, yellow-brown color and grainy, corky texture. 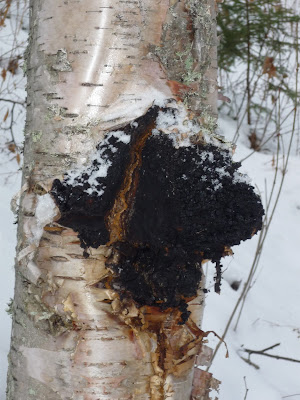 To distinguish chaga from a tree burl, ask yourself these questions: 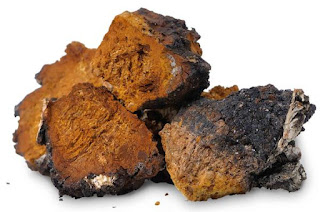 Note the orange interior amadou of chaga — corky to the touch when fresh. 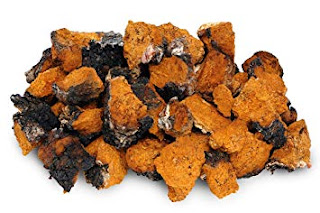 Chaga The Superfood Mushroom 2019 Harvesting And How To Make Chaga Tea
https://youtu.be/zgax1rrkyU0